There will be no shortage of jobs for seafarers, especially officers, in the next two decades, as a result of the introduction of autonomous ships, the International Chamber of Shipping (ICS) reassured, citing data from a new study.

The study was carried out by the Hamburg School of Business Administration (HSBA) on behalf of ICS, its primary focus being the potential effects of autonomous ships on the role of seafarers and the global shipping industry.

Autonomous shipping has gone beyond the theoretical stage, and is set to usher in a new business model for shipping. Advanced demonstrations and real-world deployments are increasing, even though at this stage these involve predominantly smaller vessels deployed on shorter distances.

Despite different forecasts on the time frames when there will be grater presence of autonomous ships sailing the oceans, the reality is that smart ships are definitely coming.

For seafarers this will mean that their roles will have to be redefined, the study said.

“This a complex task, expected to impact several areas under IMO’s purview, and while it is recognised that clear opportunities might arise for the shipping industry which may not exist today, much more work must be done, particularly on the regulatory side and to address concerns about the impact of MASS on seafarers employed worldwide.”

“Encouragingly, the study indicates that there will be no shortage of jobs for seafarers, especially officers, in the next two decades. While the size of crews may evolve in response to technological changes on board, there may also be considerable additional jobs ashore which require seafaring experience,” Platten explained.

Despite the anxiety of seafarers’ unions that the automation of ships is a job threat, the study indicates that in order to get introduced autonomous shipping will have to gain public acceptance. In order to do so, its primary goal should not be cost cutting, but improving vessel performance and safety.

This would help influence the decisions made by lawmakers and regulators when considering creating and amending regulations which will shape how autonomy will be implemented into international deep-sea shipping, the study said.

The study includes an in-depth assessment of risk and opportunities of digitalization in global logistics chains, as well as on digitalisation and automation in ship operations.

The findings of the study suggest that the role of personnel on board and ashore will need to be redefined both operationally and legally. Reviewing and understanding how these roles may evolve is also identified in the study as an important aspect to assess and address the impact of autonomous ships on the role of seafarers.

Wakashio back in the spotlight after one year

Help within reach to seafarers 24/7 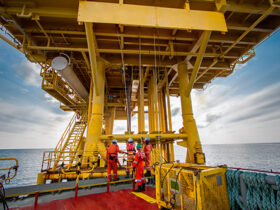 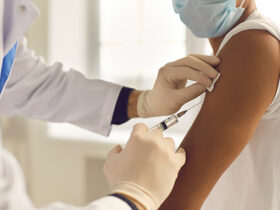 India’s position as a major seafarer supplier may plummet