The crew remains in custody as prosecution witnesses wherever needed

One year has passed and no updates were released. Holding the crew in custody as prosecution witnesses does not cut it as far as The International Transport Workers’ Federation (ITF) is concerned.

David Heindel, ITF Seafarers’ Section Chair certainly did not take this well. “This week marks the one year anniversary of the grounding of the MV Wakashio and the environmental catastrophe associated with it, as well as the Mauritian authorities’ withholding the crew and preventing them from leaving. Most have been detained without charge,” he pressed.

Demanding the crew’s immediate release, Heindel reasoned that affiliated seafarers’ unions have deep concerns about the former’s treatment. The ITF has also written to the Mauritian President, Prithvirajsing Roopun. Arguing that Wakashio’s crew being detained without charges is violating fundamental human rights, Heindel said it is only basic for crew to have access to justice and fair treatment from the authorities.

After Wakashio’s disaster, both the captain and chief officer were in incarcerated. The remaining crew were housed in a hotel under the authorities’ orders – in the name of needing them as prosecution witness. However, no trial has commenced to date. For some crew, it has been two years since they last saw their families.

Heindel added: “Criminalisation of seafarers is on the rise. Whether it is felt by the crew of the Wakashio who were detained without charge, or the drawn-out threat of criminal charges against the Ever Given crew to bolster the Suez Canal Authority’s negotiating position over damages: seafarers are being cynically targeted all over the world by officials just for doing our jobs.”

Taking a step back, Heindel seemed to be blurring the lines between human rights and the legal aspect of maritime mishaps. His take on seafarers’ being criminalised or becoming collateral damage from the cross fires between the courts and related parties is unfortunately debatable. In any mishaps, investigations would certainly require statements from all parties who were present to establish the real cause. In Wakashio’s case, the case is incredibly opaque to pin liability on a de facto basis (captain and chief officer). However, one cannot argue against the fact more can be done to improve the seafarers’ treatment while waiting for the proceedings to take place. 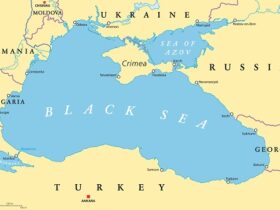 Ukraine crisis update: what comes next for seafarers?