Seafarers’ mental health became a collective effort among employers and crew in the eyes of the the International Transport Workers’ Federation (ITF).

No man left behind
The ITF in its latest message called on all stakeholders to come together and recognise their collective responsibility in prioritising all workers’ mental health. Trade unions, employers, and all relevant stakeholders, including governments and international agencies across the industry were approached to establish a plan of action that will help drive real and lasting change.

Crew experience high levels of stress with overwhelming workloads, and often neglected their well-being. As a result, anxiety followed by loneliness crept in. The failure to seek help eventually set the stage for the feeling of “being left behind”, worsened by the stigma of having mental health issues. In 2019, the ITF Seafarers Section and its Trust commissioned Yale University’s School of Medicine to conduct a study on “Mental Health and Risk Factors in Seafarers”. The findings revealed the prevalence of depression and anxiety among the surveyed seafarers at 25 and 17 per cent respectively.

Stephen Cotton, ITF General Secretary, noted, “The pandemic impacted transport workers in a myriad of ways; stress and anxiety about health and family, social isolation, and mental and physical fatigue. Despite measures such as access to helplines and communications put in place by some employers, we are urging the industry to collectively create a centralised plan that will give mental health the focus and attention it needs and deserves.”

Its new ‘Reflect, Recognise, and Reach out’ digital campaign utilises social media platforms including Facebook, Twitter, and Instagram to share information, advice, and support on managing stress, depression, and other mental health issues. Based on three core pillars, the campaign encourages seafarers to reflect on their challenges and the effects on their mental health, recognise the early signs and symptoms of stress, and reach out to get support, while signposting to services and other sources of support.

Jacqueline Smith, ITF’s Maritime Coordinator, commented, “Deteriorating mental well-being is a growing concern. Seafarers’ psychological health issues were sparked by poor conditions and long working hours, money worries and the loneliness from being away from family and friends. I strongly support the call for the wider transport industry to implement clear and robust guidance regarding mental health, and factor it into existing policies where appropriate.” 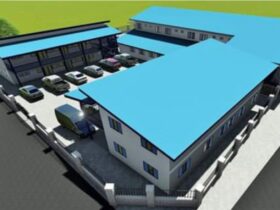 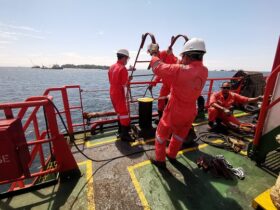