Funny, but mariners once believed that women would anger the water gods if they were allowed on board, which was also their excuse for the cause of turbulence and bad incidents during sail

Did you know that women were only allowed to be seafarers in the 20th century? Before that, if a woman wanted to work on a ship, she had to disguise herself as a man and adopt a fake name. Today, on International Women’s Day, we take a look at three women who carved out a terrifyingly successful career at sea – albeit infamously – and were charismatic leaders of their own fleet.

Queen Teuta of Illyria
She was most famous for being the woman who dared to bare her fangs at the Roman Republic, which ultimately led to her downfall.

Her rise to power came after the death of her husband King Agron of the Ardiaei tribe, who had started building up the Illyrian naval forces in the Mediterranean Sea. After his death, Queen Teuta continued his life’s work and systematically took over the Ionian sea by legalizing piracy in her territory. At the peak of her power, Illyrian pirates had become infamous for plundering merchant ships that caught the attention of Rome, who was also trying to extend its influence across the Mediterranean. Ultimately, she was betrayed by her lieutenant Demetrius and was defeated by the Romans.

Grace O’Malley
One of the most famous pirates of all time, considered the “Pirate Queen of Ireland”.

Born into a seafaring family, the O’Malley clan was also part of the gentry in Ireland, although they were also pirates that terrorized ships in the region. Her seafaring career started at the age of eleven, and she was a fierce leader, and pirate, at sea. According to anecdotes, she had an interesting personality, even telling her son off in the midst of battle when she thought he was shirking from the fight. Unusual for a pirate, she lived a long life and died at the age of 72 or 73 of natural causes.

Sayyida al-Hurra
Her claim to fame was her ability to rule over both land and sea, which increased her city’s fortunes.

Born into a prominent Muslim family who fled their homeland after it was attacked, she started amassing power after she became governor of Tétouan after the death of her first husband. Due to her childhood, she had a burning hatred for Christians and set out to enrich her city by allying with Ottoman pirate Oruҫ Reis (Barbarossa), and even commanded a horde of pirates herself. She succeeded, which left the Europeans no choice but to negotiate for the release of Christian captives each time they were captured. Unfortunately, she was eventually overthrown by her son-in-law and lost power. 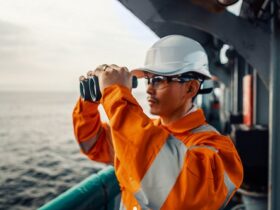