It is baffling that the seafaring trade has had such a long history, but the laws that protected seafarers was not given priority until the 20th century

Seafarers have not always gotten the better end of the deal in terms of welfare, even during the more recent Age of Exploration times. The International Labour Organization (ILO) that champions the rights of seafarers was only established in 1919 after the First World War.

The organization had been tasked with the purpose of regulating and protecting the rights of seafarers worldwide. It also served as a watchdog for seafarers against organizations that did not treat seafarers fairly and justly.

Within the Laws of Oleron, it is explicitly mentioned that shipowners are responsible for the living expenses and medical care of seamen who became ill or were injured in the course of their duties. But from what we know, even in the Age of Exploration of the 15th to 18th century, the living conditions of seafarers at sea were terrible. Obviously, the laws were neither adhered to nor practiced.

But why was it the case? It was probably a mixture of many factors – seafarers had no one who could stand up for them, they did not know much about the laws that protected them, and the employers probably either did not know about the laws or merely ignored them since no one could monitor what happened at sea.

While there are organizations like the ILO looking out for the welfare and wellbeing of seafarers today, it is still important to know what regulations there are governing the rights of the seafaring community even at sea. 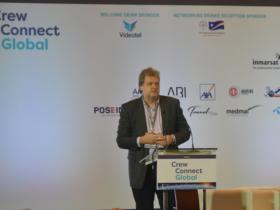