Shortage of manpower in maritime has been a problem unsolved for years, but will there be an emergence of a new crewing powerhouse region?

With the ongoing pandemic and the rise of the Russia-Ukraine crisis, crewing has faced an unprecedented crisis. Since the start of the pandemic, the crewing crisis has appeared before shipowners and managers seemingly teasing before hiding itself – much like a cuckoo clock. But the issue is clear; the crewing crisis remains unchanged and unsolved.

In truth, the shipping industry is well aware of the problems in hiring for crew. Even for existing crew, due to the rapidly advancing technologies, skill requirements and demands have also begun to change as well. While the current pool of seafarers is adequate to tide over the transition period, many organisations and union bodies have acknowledged that the future of seafaring lies in seafarers who are equipped with a diverse group of skill sets.

What about the seafaring powerhouse nations?
Countries like the Philippines and India, who contribute a large percentage of seafarers globally, have not come out unscathed during this period. The Philippines is still grappling with the problems of having their seafaring certification recognized by the Europeans. India, on the other hand, has just started its recovery of the aftermath of having their seafarers in limbo due to the pandemic.

On the problem of the labour shortage, the considerations of shipowners and managers are split. While some are willing to wait for the situation to subside and hire tried-and-tested seafarers from age-old crewing powerhouses, others are less optimistic and have started looking elsewhere.

Hamburg-based Bernhard Schulte Shipmanagement is one of the companies considering a different continent for their hiring pool. According to their CEO Ian Beveridge, the company views Africa as a potential major source of seafarers. Delta Corp Group also shared the same view, citing Ghana as an example of having quality maritime academies and schools for training seafarers.

For Hong Kong-based Anglo-Eastern, they are still confident with the seafarer supplied from the current powerhouses as they have an academy in Karjat, India, and do not see interest in seafaring declining there. Other managers, such as Danica Crewing Specialists and SeaQuest Shipmanagement are also confident that the present crew sources are reliable and well-trained, and have not considered looking outside of the conventional supply nations. 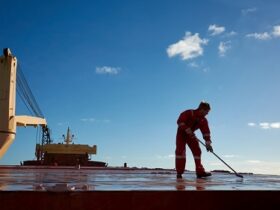 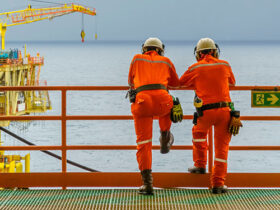 Crewing challenges from the employers’ perspective