The International Labour Organization (ILO) welcomed its 100th country that ratified the 2006 treaty aimed at protecting the rights, pay and working conditions of seafarers

To ratify the treaty, means that Oman will now adhere to the standardized guidelines that almost 96 per cent of the maritime industry follows. According to the ILO’s Director General Guy Ryder, Oman is the first member of the Gulf Cooperation Council to acknowledge and take up the guidelines of the treaty. The ILO is positive that with Oman on board, it will pave the way for other countries in the region to follow suit.

The MLC was crafted in 2006 and was recognised and enforced as the international standard on treating seafarers fairly in 2013. Prior to that, there had been no single regulation on seafarer rights that was implemented internationally. During that time, regions governed their own areas and had their own standards of seafarer treatment.

The impact of the MLC was significant. It not only acted as a reference for the maritime industry, it also provided convenience and guidance for organisations and countries to conduct their businesses on a globally standardized compliance system.

Seafarer rights to be protected
The representatives of both the International Transport Workers’ Federation (ITF) and the International Chamber of Shipping (ICS) has rejoiced and praised the decision of Oman. As a longstanding maritime nation, Oman’s joining of the MLC is a strategic victory for the ILO, because when more countries join the bandwagon, protecting and advocating for seafarers’ rights become easier and better.

According to the Guy Platten, Secretary-General of the ICS, getting more countries to ratify the Convention is crucial now. This statement was made in reference to the pandemic and the ongoing situation in Ukraine, “As we saw throughout the pandemic and the crew change crisis, governments who have ratified the Convention must stand by their words and take action to protect seafarers’ rights.”

Oman’s Ambassador to the United Nations in Geneva Idris Abdul Rahman Al Khanjari reaffirmed his country’s determination to providing better workplace standards for seafarers, “This ratification reaffirms the commitment of my country to uphold the provisions of the Convention to achieve decent work for seafarers.” 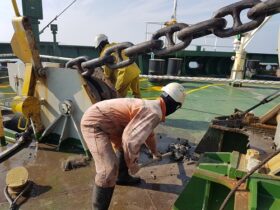