A group of 10 armed robbers boarded a platform at the Rebombeo pumping complex in the Bay of Campeche last Tuesday evening, workers told local media. The attackers stayed for about three hours, and they took tools, SCBAs and materials from the platform. None of the crew were injured, but the pirates forced them to carry the goods and help load three getaway boats.

The Repompeo platform is a re-pumping station for three major oil pipelines connecting the Bay of Campeche’s offshore fields with a receiving station on shore. It has a nameplate capacity of 800,000 barrels per day, and it is a central infrastructure node for Pemex’s offshore operations.

Piracy and armed robbery are a frequent problem for Pemex in the Gulf of Mexico. Criminal gangs target platforms as well as offshore support vessels on a regular basis; the number of actual incidents is believed to be greater than the number reported.

In late May, armed pirates boarded an offshore vessel near an oil field off Tabasco, making off with thousands of dollars worth of equipment – notably 35 SCBAs. They fired shots into the air to compel the seafarers to stay out of their way, crewmembers told local media, and they left after about 45 minutes of looting.

In late January, another group of pirates robbed the Ku Sierra platform in the Bay of Campeche, part of Pemex’s core Ku-Maloob-Zaap field complex. They made off with 25 SCBAs, communications equipment, tools and other gear. 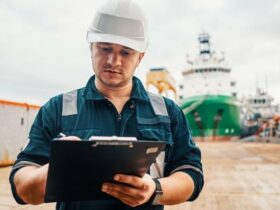