Repost: Contrary to the claims of nay-sayers, European shipping companies are still employing Filipino ship officers and affirmed their preference to hire Filipino seafarers, according to the Philippine government.

While it is true that an audit of the European Maritime Safety Agency (EMSA) flagged some inadequacies in training, the Philippine government has formed a special agency to meet the standards spelled out in the International Convention on Standards of Training, Certification and Watchkeeping (STCW).

Bautista assured Filipino mariners that the government is actively dealing with the findings of the EMSA to avoid being “blacklisted” by European-based shipping firms.

“It’s important that we should not be alarmed by this because we did not fail the audit,” Bautista said adding that Filipino seafarers are still being deployed to the EU, with European shipping companies expressing their intention to hire more seafarers from the Philippines.

“We will continue to update the EU of what the Philippine government, through different agencies, are doing to maintain the Philippines’ membership with the International Maritime Organization (IMO) and continue the employment of Filipino seafarers to the EU,” he added.

Bautista said Philippine President Ferdinand Marcos Jr. has ordered the creation of a special body to ensure that the Philippines complies with the EMSA’s evaluation and pass the STCW for seafarers.

Marcos earlier ordered the Department of Transportation (DOTr) to address issues regarding ship boarding requirements for maritime students and upgrade the school competencies and training programs to align them with international standards.

Among the concerned agencies tasked to tackle the country’s EMSA compliance are the DOTr, Department of Labor and Employment, Department of Migrant Workers, Commission on Higher Education, Department of Foreign Affairs and the Maritime Industry Authority (MARINA).

“It was the President’s directive, so we will be compliant and prevent blacklisting of our seafarers,” he said.

For decades, the Philippines has played an important role in supplying maritime labor around the world, but the country’s maritime industry has been hounded by various challenges for years.

Notable among them was the threat posed by the EU in 2020 after it identified several deficiencies in local maritime training and education.

Worse, Filipino bureaucrats bickered about jurisdiction and similar matters without taking concrete steps to comply with the 1978 convention.

Noting the poor compliance with the convention, EMSA threatened to stop recognizing the STCW certificates issued by the Philippines, effectively preventing new Filipino seafarers from employment by EU-flagged ships. To finally address the issues raised by EMSA, Marcos ordered the MARINA, now headed by Administrator Hernani Fabia, a former maritime educator, to address the problems with the certification of Filipino seafarers and ensure compliance with the STCW required by the international maritime sector.

Marcos wants the competencies of Philippine maritime schools and correct training programs that would give students an advantage and place them at international standards.

Filipino seafarers, as a sector, are among the big-time contributors of foreign exchange to the country. In 2021, they contributed US$6.54 billion, or around 21 percent of the total remittances of overseas Filipino workers (OFW).

Marcos also ordered the creation of a development plan for the maritime and aviation sectors to boost the Philippines’ economic recovery.

“The transportation sector is one of the priority sectors of our President, so he asked the DOTr to present their programs in the maritime and aviation sector. This was intended to pursue economic recovery and to provide a livelihood to our countrymen,” Press Secretary Cheloy Valicaria-Garafil said in a briefing.

The Marcos administration’s priorities include modernizing seaports and airports to support the tourism sector. He ordered the creation of a maritime industry development plan (MIDP) to develop and expand the industries of the maritime and aviation sectors, including the repair of the docks so that more cruise ships can dock here which would also boost the tourism industry.

As part of the government’s strategy to modernize the maritime industry, the DOTr plans to shut down seaports that are no longer meeting their intended capacity.

Earlier, Bautista said his agency would ask for financing from a multilateral lender to craft a master plan involving the construction and upgrade of the seaports.

Bautista assured seafarers that he is working closely with envoys from the EU to address the country’s adherence to the EU’s seafaring standards and ensure the job security of Filipino seafarers.

“Our seafarers contribute around $6 billion to our economy. That’s why I’m working not only with the ambassador of France but with the other ambassadors in the EU so that our seafarers can keep working on the ships of our European partners,” Bautista said.

Meanwhile, Congressman Sandro Gonzalez, who represents Filipino seafarers in the Philippine Congress, backed the creation of a 10-year maritime development plan which aims to secure more jobs for Filipino seafarers.

Marcos’ call to enhance the maritime sector and improve the ports aligns with the legislative measures that Marino is working on in Congress, according to Gonzales.

“With a long-term and sustainable MIDP, more job opportunities await our Filipino seafarers,” said the lawmaker who is among those campaigning for a Magna Carta of Filipino seafarers — proposed legislation to protect and secure the seafarers’ rights.

Gonzales said the country’s maritime sector needs a feasible plan now and the MIDP should be fully implemented under the Marcos administration.

“It’s a potential solution to recurring deficiencies of our industry so we can focus more on our highly skilled seafarers and budding shipping industry,” he said.

“The Filipino seafaring sector needs the utmost support of our government at this time to ensure their continued employment with EU-flagged vessels. Our sustained compliance with international maritime standards must be a top priority of the administration,” the lawmaker said.

The EMSA’s final evaluation of the country’s STCW compliance is set this month, where the EU panel could withdraw recognition of Filipino seafarers’ qualifications to be deployed as officers on European ships if it finds the problems it raised years ago remain unresolved. 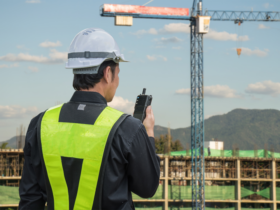